Interview with Liad Goldsmith – „We tend to over complicate processes and think users won’t “get it” so we over explain – Instead of a simple process the user can follow.“ 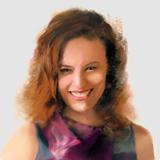 Liad Goldsmith is the owner of GUX™ studio based in Tel-Aviv, Israel and is an expert UI/UX designer for mobile, desktop and web. She will be talking about “Redesign Principles for Mobile UX” at the Conversion Conference in Berlin. We asked her some questions about UX Design in advance.

Liad, have you ever been to Berlin or Germany? What are the things or places you are looking forward to the most regarding your trip to Germany?

This is my first time in Berlin, so there are so many things I want to do!
The Prenzlauer Berg as I heard is a young and hip neighborhood I want to visit, and it has good restaurants, too. Moreover, My grandfather is a holocaust survival and I have Jewish roots, so I want to visit the Jewish Museum of holocaust. I also know it is one of the most fascinating architecture sites in Berlin.
As a fan of painting, illustration and graffiti another attraction of Berlin for me is The East Side Gallery Berlin which is the longest remaining of the famous wall and it has dozens of painting made by artists from around the world. It is intriguing for me because I understand it has the largest graffiti gallery in the whole world, and that some of its’ paintings are ones to document and represent the eastern residents’ hope for a better, free future for Europe.

You have been working as a user experience expert for a long time – how did UX change in recent years?

Once very few practiced the profession of being UX designers, and UX was used as a reinforcement player for achieving goals for only few products. For example recently after computers were invented – manufacturers used UX to help improve the design of computers so they would be more comfortable and “ergonomic” (healthier to use for many hours of use). Today it is a constantly evolving field which in fact has become a synonym for innovation and progress, and is at the core of almost every product.
UX today helps make things such as technological advancement accessible to the public, some of these advancements are happening so fast and in such an accelerated manner, that it creates a complete different life standard and gives control to people as well as an improved life quality. Take for example the fact that up until a few years ago taking a video from a large height was not accessible nor affordable for every person. But today any drone can take photographs and high quality videos from heights people would never imagine they can access!
Another example is that new technologies that were formed in recent years allow more sophisticated methods of search in data bases – not only by typing, but by uploading pictures or activating the search by voice. These mechanisms of searching in databases have become way more accessible in terms of user experience.
You can basically take an example from another period in the history of human kind and apply it here and that’s the Renaissance period in Europe, an era in which there was a total revolution in terms of perception – god and the church were no longer placed in the center of life, but man or humanism has become its’ center, instead. Apply this perception to what’s happening today and you can see that in situations where UX used to solve problems solely, we have reached an an era in which UX is an inseparable part of almost any product. UX today places the users in the center of our own lives and it is not the province of just a few.

You are the owner of GUX™ studio which is based in Tel-Aviv, Israel. Is there a difference concerning UX in Israel compared to Europe (and especially Germany) or the US?

As far as I managed to see there is no real big difference in terms of UX between Israel and other countries.
One thing is that Israel focuses and comes up with a lot of products’ UX that deal with data theft from organizations, ransom ware or overall what’s called “Cyber Security”, which is disturbing and also becoming a more common phenomena the past years in many organizations. The industry of data security is very advanced here – because of the background of many of Israel’s entrepreneurs.

I personally work with two Cyber companies, one in the field of advanced data security for mobile devices and the other in the field of detection of malware for big organizations. The work with them is very interesting and also different. The challenge in terms of UX is allowing huge amounts of data to the screens, but only the data that we can actually summarize and make accessible for users who are constantly “flooded” with information from various systems they work with, so they can grasp it in a clear and simple way.

The title of your session is “Redesign principles for Mobile UX” – can you please tell us what is most important when redesigning mobile interfaces?

Excellent question :)
The year of 2016 was defined by many as “The year of the battle for attention” – In which many businesses’ goal is to bring users to their service or product for the first time, as well as turn users to returning users, who come back for more, again and again.
In order to be able to overcome the difficult competition that stands before the owners of products there are a few redesign principals you should pay attention to when designing user interfaces. Like doubting the foundations, because mostly the usual tendency is to stick to the design that exists or to an already developed interface and this is not what the customer hoped for when approaching a designer for a redesign. Or using a metaphor for the interface, which means that you search for a motif from the domain of the product or service and then place it in the interface. In a redesign project the studio made for a mobile app in the domain of deliveries, the founders noticed that it is very functional and wanted to add more of a shopping experience. The motif we used was a human package which made the app more approachable and pleasant.
There are more principals of redesign but I’ll focus on the ones that are unique for mobile, which is the topic of my lecture.

One principal is adding value for the users. When I am facing a redesign challenge for mobile, I always think how I can provide more value in such little space, more than the user had before. For example, on the redesign we did for the app I mentioned before – we added a map that didn’t exist before, that showed the user exactly where their package is located at any given time from the moment they order, and also gave the user a sense of “control”. From a solely “functional” app we turned it into an app that gives more added value.
It’s worthwhile to notice that some solutions we use to give more value for users are not always practical for a desktop app. For example – the map – is not a solution we would offer for a desktop app because of the dependency on the component of the location meant for mobile mostly and refers to the mobility of the user.
That’s why you won’t see a lot of desktop apps using maps so much because there are suitable for users who are either on the go or are interested on tracking the position of a certain object.

Another principal is reducing the number of actions the users make to bare minimum until they complete the task. This principal is about the fact that a lot of the times we tend to over complicate processes and we also tend to think users won’t “get it” so we over explain. Instead of a simple process the user can follow, there is a cognitive overload that is experienced. In one of the apps we redesigned the user had to go through 3 different screens to complete a simple task. My team and I cracked the correct order of the actions so user only needed to go through one screen in order to complete the same task. Only this improvement helped increase conversion rates by up to 50%. How did we do this exactly? To learn that you will have to come to my session :)

I’ll answer the question with a few examples.
In the 8 years I’ve worked with hundreds of programmers and designers, and me & my colleagues came across a few problems that repeated themselves in the shared work with programmers.
The guide is based on these cases, and in it I describe a method I developed for working together which I apply in my work. The outcome of this is that we design interfaces with speed – within just 2-3 months, with nearly no fixes, programming in pixel-perfect level, meaning the developed interface looks just as designed and planned.
Here are some of the things that should be considered while working together:

What do you think will be the trend for UI over the next few years?

There are two fields in UI and graphic design that I think will become big in the future:
The first related to the adaptation of pictures to various dimension sizes. Because interfaces are going to have larger areas for interaction, for example the 360 degrees of the VR world, then the dimension of graphics are also going to grow, therefore photographs will grow beyond the familiar sizes and we may see even more change and evolution of the photography as a field.
On the other hand, right now many companies are working on smaller interfaces like wearable devices. Therefore, there will have to be more flexibility when adapting the graphic designs from one interface size to another. If today we supply images of people or environments in PNG or JPG format, it is possible that the picture will be given as code so it is adaptable to changing resolutions and requirements of these different devices.

The other trend refers to the user experience of typography (fonts) on interfaces. Today’s era is characterized with a flood of information, and that is something you can see happening on many interfaces, as they are flooded. In this matter I predict two interesting developments: The first, is that today people realize that graphic, visual experience is inseparable from the user experience. That’s why every text, even a single work will be examined in terms of content and also in terms of user experience. A lot of emphasis put on aesthetically pleasing, readable clear texts to create a better reading experience.

Another development refers to available font kinds. Today not every font is suitable for web, mobile and desktop apps. Some fonts are suitable for use only in print designs (posters, brochures, physical magazines etc.). In the near future I expect the high standards of the print world to percolate into the digital world, therefore more beautiful, readable fonts will be available for use on web or mobile devices.

Thank you very much for the interview, Liad!

https://conversionconference.de/?p=4366
Conversion Conference
Interview with Liad Goldsmith – „We tend to over complicate processes and think users won’t “get it” so we over explain – Instead of a simple process the user can follow.“

Join us on the next level 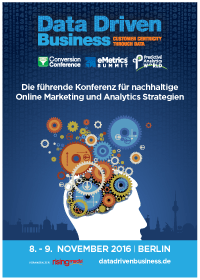